In case you haven’t figured this out yet…

Generally, I’ll take a hunk of chocolate over pretty much any other dessert.

This apple crisp, however, completely, totally, 100% blew me away.

Swept me right off my feet.

And knocked me clear off my rocker.

but I kind of lost it for a while there and could not stop raving about how unbelievable it was and insisting that everyone try some immediately.

Fortunately, they agreed with me.

It didn’t take that much convincing.

Crisps/crumbles (whatever) are awesome because they can either be crazy complicated and fancy or super simple.

It all starts with a pretty bowl full of apples! 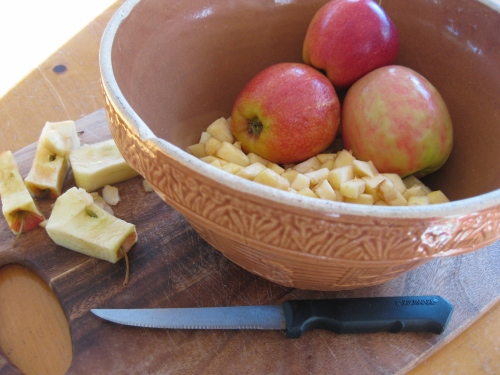 You start by chopping them up.

It’s a good day when even your scraps are pretty! 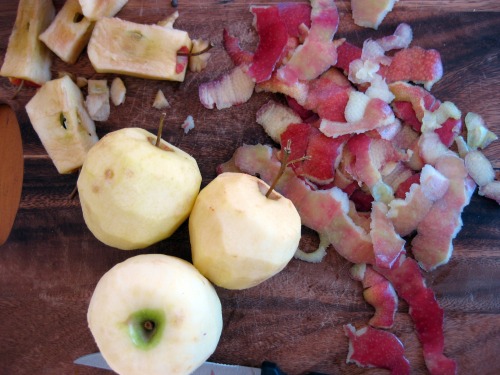 Then it’s time for the good part 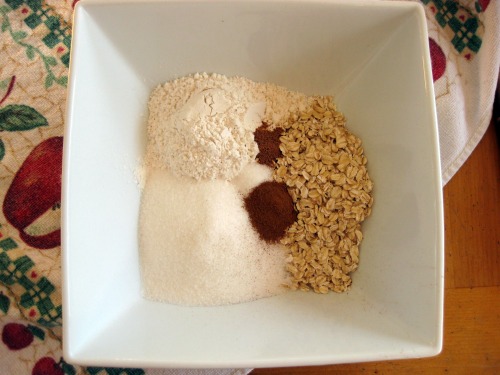 (just saying…so far we have oats, cinnamon, sugar and butter in a bowl.) 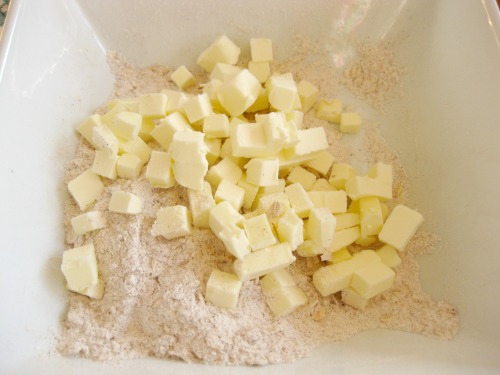 Do what you gotta do to make that butter into little chunks.

You know…like a crumble….

…for your crumble topping.

(A pastry cutter is easiest)

((Mom doesn’t have one…because I stole hers)) 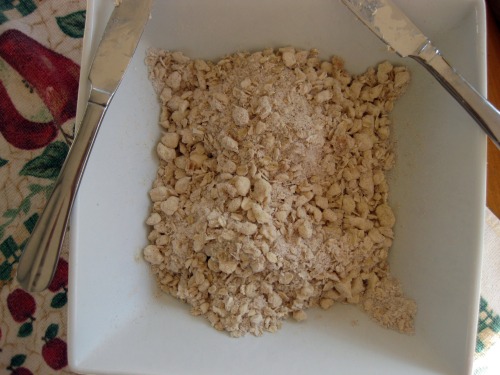 Don’t stress too much about your chunks.

You do want it to combine with your dry ingredients pretty well but it’s just going to melt on top of your apples and mingle with your cinnamon sugar until it’s pure joy in a pan.

Spread it around, let it make friends with your cinnamon/sugar/oaty stuff.

Stress is not invited to this cinna-party.

So…I have made a lot of apple crisps in my life.

This time…things went a little differently.

I did two things that may have contributed to the absolute amazingness of this crisp. 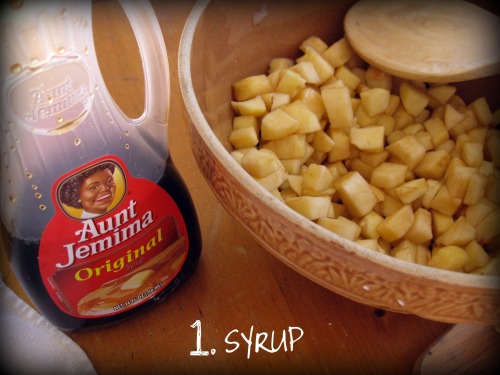 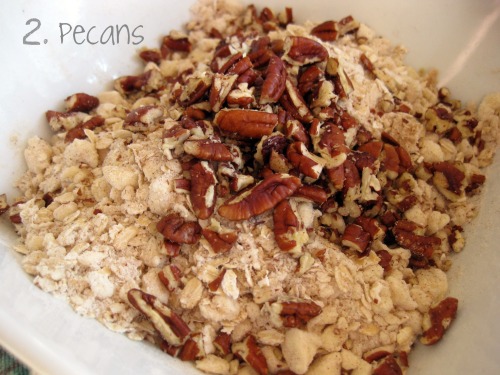 A little maple syrup drizzled over the apples added some depth to the flavors.

It wasn’t just straight up sugar.

It was INTERESTING sugar.

Also those pecans were spot. on.

I lloooovvvveeeeee how they get all toasty in the oven. Such a perfect addition to regular crumble topping.

Throw your apples in a baking dish, sprinkle the crumble on top then bake until the top is toasty brown and the middle is bubbling up sticky cinna-sweet all over your crunchy crumbly topping and you absolutely can. not. resist taking a fork right to the pan before you even get a picture of the whole crisp without a piece missing. 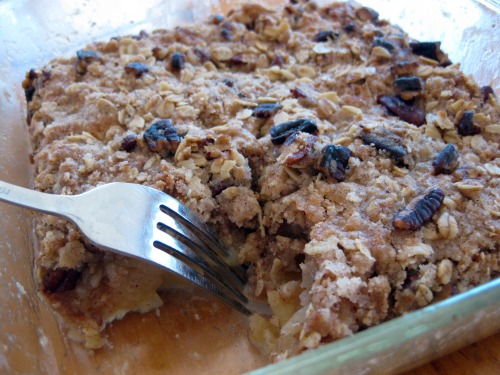 Those pecans look burned there.

I dare you to resist. 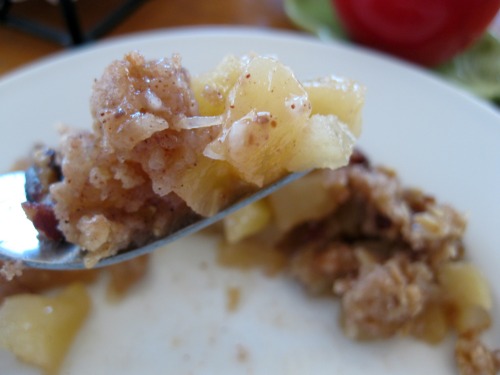 Update: Apparently my parents were battling over this crisp after I left. TRY IT!

Recipe from my head based on a million different recipes

7 apples, (or as many as fit in your baking  dish), chopped into small chunks

2. Peel, wash and chop your apples into bite sized pieces.  I like pretty small pieces when it comes to crumbles and pies.  You could slice them pretty big if you wanted to.  Choose your own adventure.  When they’re chopped just dump them in your baking dish

3.  Drizzle the apples all over with maple syrup and toss them around a little to evenly coat the chunks

4. Mix your dry ingredients (through salt) until well combined

6. Toss in a handful of chopped pecans…how much depends on how nutty you’re feeling (ha!).  I was feeling about 1/2-3/4 cup nutty

7. Sprinkle the crumble mixture evenly over your apples and bake for about half an hour or until top is golden brown

Talk to me! Cancel reply