I felt like I should get that out of the way because I’m about to blow your mind.

This stuff is cinnamon toast/monkey bread/cinnamon buns combined and on steroids.

I stumbled across this bread randomly one day a couple of weeks ago and this is already the 4th batch I’ve made.  Go ahead….judge me.

It involves cinnamon, sugar, butter and yeast.  It’s gooey.  It’s in layers. You eat it with your hands. Are you starting to get the idea here?

I dare you to pull it out of the oven all chewy gooey yeasty cinna-sweet buttery delicious and maintain composure.

$10 says you disregard all common sense and IMMEDIATELY shove a still-350 degree piece of it into your mouth while still standing at the stove with one oven mitt still on.

(Not that I’ve done that or anything).

It IS a little bit erm… involved.  That doesn’t mean difficult…it’s just that yeast takes it’s sweet time to get to work.  It’s the perfect thing to make on a lazy Sunday.  OR on Saturday to have for breakfast lazy Sunday.  It also works just as well if you refrigerate it after the first rising and finish it the next morning.  (I promise.  I’ve done it.  Still amazing.)

Cinnamon and sugar are a match made in heaven.  When slathered with some butter between layers of heaven you just can’t go wrong.

I would get out the fat pants if I were you.

Let’s do this thing!

Before you do ANYTHING plan ahead.  I need you to let your eggs come to room temperature.  Please.  Trust me on this one.

(Thank you to my mama for the use of her well-lit kitchen and cute kitchen stuff!) 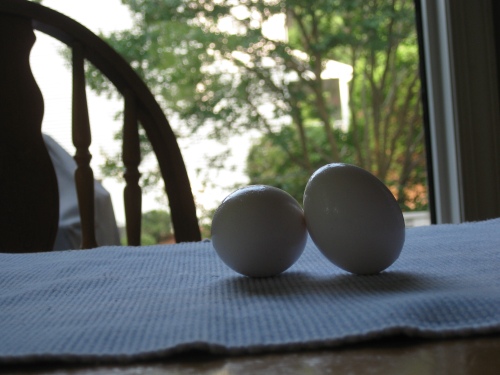 Get your janx together 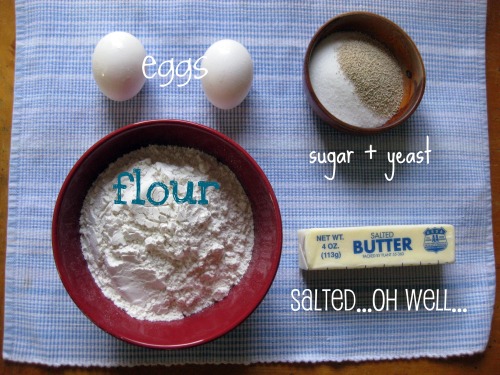 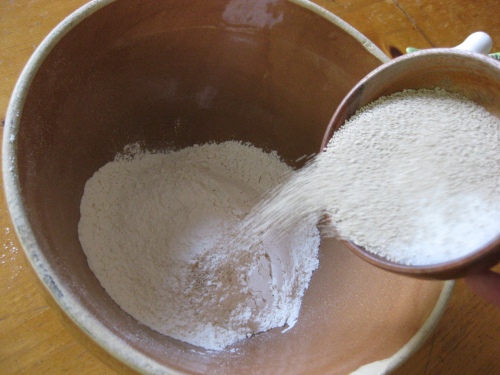 Whisk those eggs and set them aside 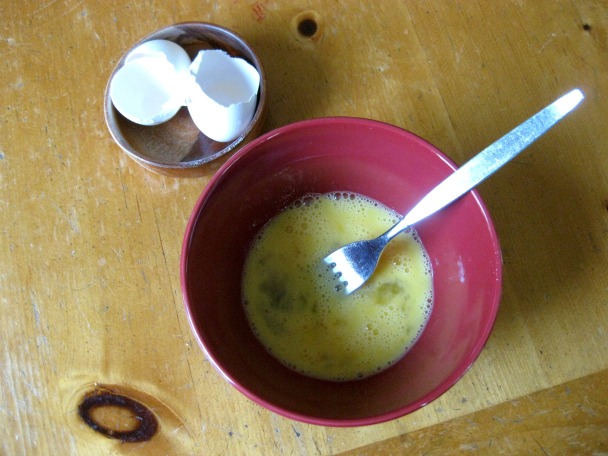 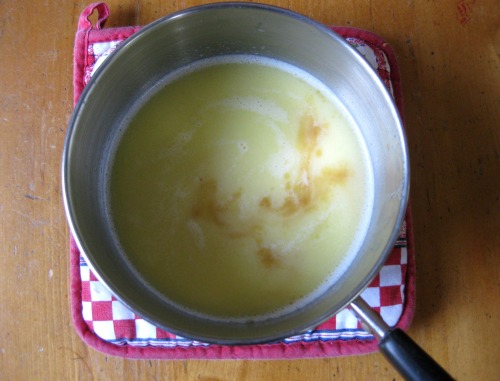 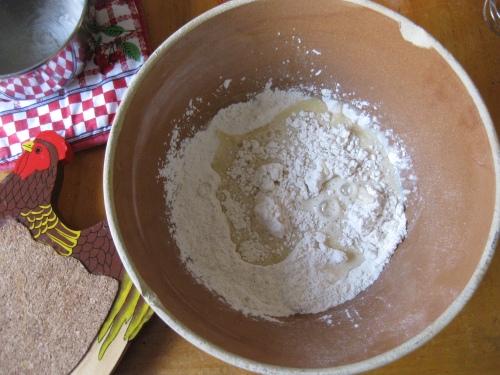 Add in those eggs.  They WILL incorporate.  Trust me.  Just keep mixing.  Don’t quit until they are actually mixed in (no lying to yourself) 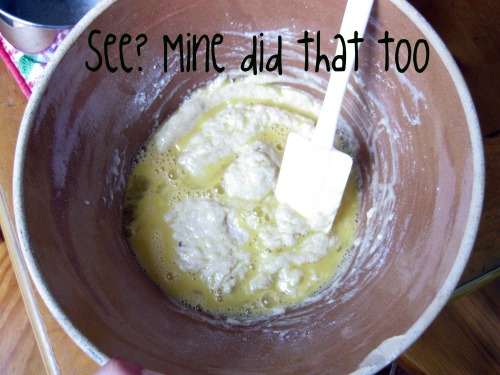 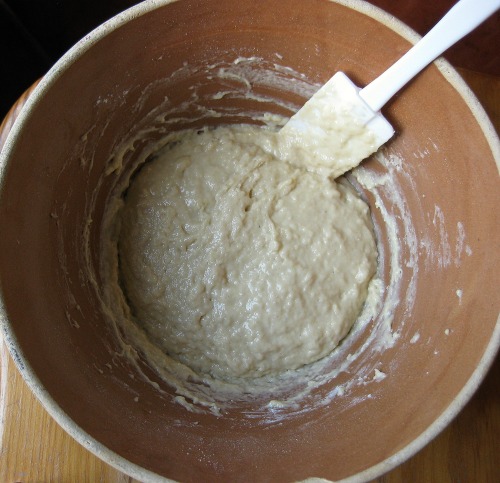 Grease a bowl, plop the dough in there cover it in plastic wrap and a kitchen towel, put it somewhere warm (pretty much anywhere these days…in the winter you might have to get creative), then walk away.  For a whole hour.  Clean your kitchen.  Study for the GRE.  Be productive.  Resist checking the dough every 2 minutes.  If you’re anything like me you’ll start to panic that it’s not rising. Watched dough never rises. Let it sit there until it about doubles in size. 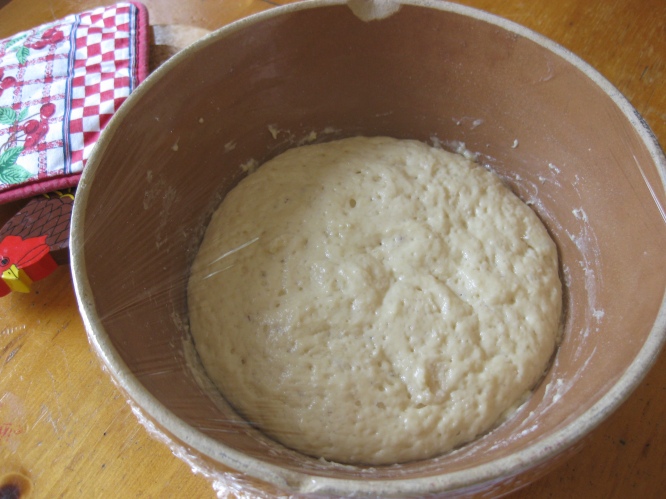 **note: this is where you can stick it in the fridge.  let it double then just pop the whole bowl in there.  the next day just let it sit on the counter for about a half hour before you start constructing your masterpiece

brown your butter and get your cinnasug/nutmeg sprinkle ready (cinnasug is a thing right?) 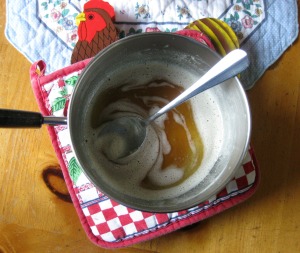 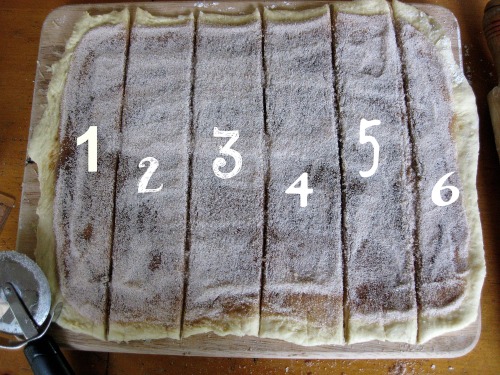 Stack ’em. Cut ’em again! It’s messy. It’s ugly.  It’s delicious. Don’t you DARE throw that sugar that fell off away.  You want that.  Trust me. 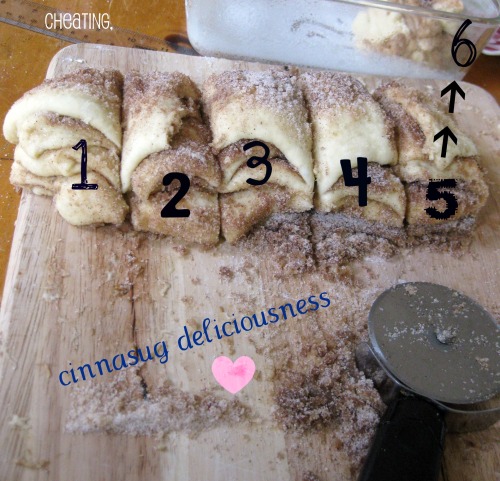 Take those stacks of squares and line them up in your greased and floured loaf pan.  Don’t be gentle with them or they’re not gonna fit.  Really shove them in there.  You’re going to have to squish them.  They’ll be ok.  Then cover it and walk away again.  These puppies need to double in size 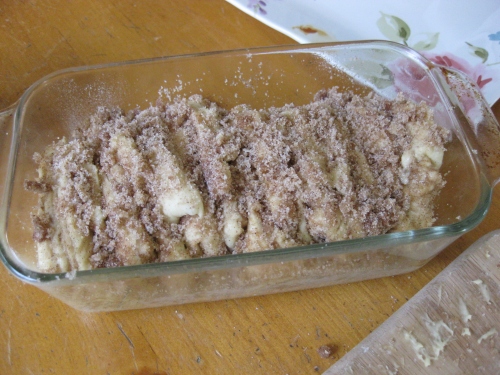 Now bake it up!  The torturous smells last about 30-35 minutes (until very brown on top) but then….gorge. 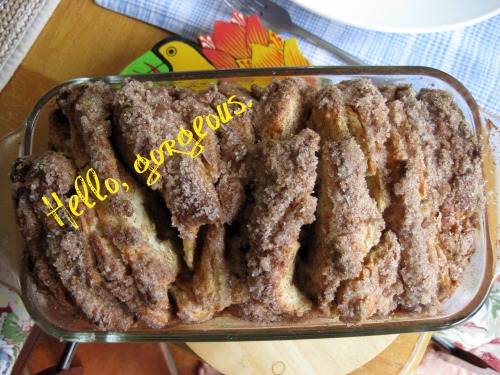 The main rule with this bread is:

There’s some scary stuff here.  The first time I around I was SURE I ruined it at least 5 times.  It’s ok.  I didn’t. You didn’t either.

So.  When you get to the point with:

-yeast (background: yeast and I have a difficult relationship.  this bread has brought us together)

-browned (not the same as burned) butter

….take a deep breath and roll with it.  It’s going to be delicious.

Makes 1 9x5x3 inch loaf.  I’ve found that you could also arrange the pieces in a pie pan and it works just as well (reduce baking time accordingly!)

1. In a large bowl mix sugar, yeast, 2 cups of the flour and salt if you’re using unsalted butter and set aside

Fun fact: that bowl I used is my great grandma’s-it’s over 100 years old. Cool. Stuff.

2. Whisk the eggs in a smaller bowl and set aside

3. In a small saucepan, melt the butter and milk together until the butter has juuuuust barely melted (this isn’t the browned butter part).   Remove from heat and add the water and vanilla extract.  Let it cool off a bit (somewhere between 115-125 degrees F.  Basically-so that it feels warm on your finger but not too hot and it won’t cook the eggs)

4. Add the milk mixture to the dry mixture and mix it up.  Then add the eggs and stir until they are fully combined before adding 3/4 cups of flour.  Stir for about 2 minutes (like I said…it will still be sticky)

5. Place the dough in a large greased bowl, cover in plastic wrap and a towel then put it somewhere warm to rise until doubled in size (about an hour)

*After doubled in size the dough can be refrigerated until the next day to roll out. It works either way.  If you refrigerate it, let the dough rest for 30 minutes on the counter before rolling

7. Deflate the risen dough (really fun) and knead in about 2 Tbsp more flour. Cover it with a kitchen towel and let it rest for about 5 minutes while you prepare your space

8.  On a lightly floured surface, use a rolling pin to roll the dough into a rectangle-ish shape 12 inches tall and 20 inches long.  Do the measurements really matter that much? No. Just make it a rectangle

9. Spread the browned butter across all of the dough then sprinkle the cinnamon/sugar/nutmeg mixture evenly.  It is seriously going to feel like a lot.  It’s really ok.

10. Slice the dough vertically into 6 equal strips (I find a pizza cutter works best for this part).  Stack the strips on top of one another.  (Some of the sugar will fall off.  Just sprinkle it on top once it’s in the pan it’s ok.)  Then slice that stack into 6 equal squares.  Y0u’ll have 6 stacks of 6 squares.

11.  Layer the stacks in the loaf pan like a flip book.  You’ll have to squeeze them in there.  Cover the pan with a towel and let it rise in a warm place until almost doubled (about 45 minutes)

12.  Place on a center rack in a 350 degree F oven for about 30-35 minutes.  It is done when the top is very brown.  If the top is lightly golden brown the middle won’t be cooked yet

13. Remove from the oven and run a butter knife around the edges to loosen.  Let it rest for about 30 minutes (if you can control yourself) then remove from the loaf pan.

I think the bread is best served immediately.  I’m told it keeps for a couple of days.  Serve for breakfast, dessert or around 3 because you feel like it.  Enjoy =) 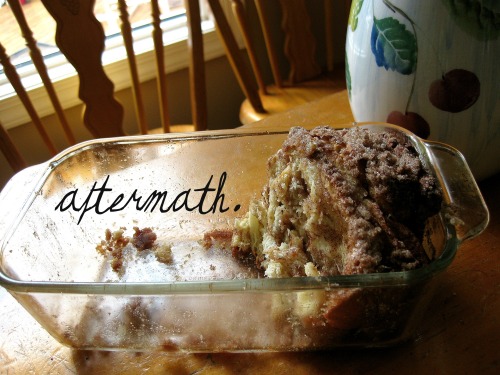